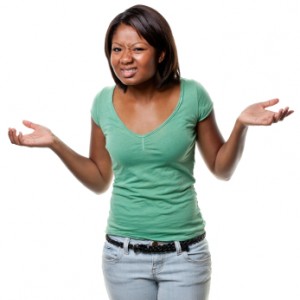 Y’all have been tickling me this week. First, you made a Facebook status about how you want black students to go to HBCU’s where they are more welcomed than at PWI’s where they have to fight to create a space for themselves. Valid points all around. Then, you posted pictures of yourselves scouring the Walmart’s in your city to find Patti LaBelle’s new sweet potato pies. Not quite sure where to file this one. When you got done with that, you started in on the atrocious terrorist attacks in Paris, debating about changing your profile pictures to pay tribute to the lives lost or refuse to do so to maintain your allegiance to the many people of color who have lost their lives without as much public outcry. Your Facebook statuses (is the plural of status, stati? No? Ok just wondering.) have kept me so busy! I’ve been everything from entertained to confused to disappointed.

First off, can we just acknowledge that them Patti Pies ain’t got nothing to do with nothing? I only added them to this post because it rhymed. I like Patti LaBelle (mostly because of her character on A Different World), so I’m happy that her pies are selling well. Other than that, I’m wondering why everyone doesn’t already have a grandma or aunt or somebody who has been making delectable sweet potato pies since before time. Like, y’all don’t have a grandma who bakes the heck outta a sweet potato pie? I had one. Y’all haven’t been eating the most moist, sweet, sugary, buttery sweet potato pies since before you got your first tooth? I have. Is this the first delicious sweet potato pie you’ve ever had? Shame! I guess that’s why you’ve been running to the Walmart trying to recreate the Thanksgiving desserts you missed out on as a child, huh? I get it now.

Ok so the HBCU v. PWI debate has a bit more weight than the Patti Pie thing . . . although you’re gonna have a bit more weight if you keep eating them dang pies like that. But yeah, what’s this argument about? Go to college or go to college? That’s what it seems to boil down to for me. I understand that not all colleges are created equal. I understand that the experiences a person has will vary greatly depending on the location, size, academic offerings, diversity (or lack thereof), rigor, mission, etc of the college, so it’s super important to take all of those things into consideration when deciding where to go. I don’t know that it boils down to HBCU or PWI for every black kid. I think that simplifies the consideration to an issue that is important but not vital. As a matter of fact, it isn’t even a consideration for some black kids. Imagine that. It ain’t even a consideration!

To me, it is equally important for black students to study in a place that has expertise in educating black students as it is for black students to study in a place that has very little experience catering to and educating black students. We can’t stay black in the same places we’ve historically been black can we? I should be able to carry my blackness to Missouri as comfortably as I carry it to New York or DC. Right? And how will I have an opportunity to do that if there have not been black people (or just some kinda colorful people) who traveled there before me to get the place ready? I love HBCU’s. I work at one. I’ll send my children to one if they’d like to go. I advocate for them. I believe they are relevant and necessary. I also think we would survive without them because y’all, Imma be black wherever I go and I’mma make everyone around me ok with that.

Ok so lastly, these terrorist attacks really got folks picking sides. It’s like all the “been down for people of color” people can’t change their little Facebook pictures to the French flag colors because then they’ll be buying into what the media tells them about who the most important lives to mourn are. Let me tell you, I get it. I do. When people of color die unnecessarily over some race/religion/cultural differences bull-ish and Fox runs not one single story about it, I absolutely agree that mainstream media made an intentional decision about who is important enough to talk about. I also absolutely agree that it has to do with race more than any other factor. I believe that. What I don’t believe is that I have to pick. I don’t have to pick who is more important. I don’t have to decide whom I’ll pay tribute to if I consistently and unashamedly advocate for the issues and people I care most deeply about on a regular basis. What I’m saying is, I’m the same “care about issues concerning the African American community” kind of person even if I changed my profile picture to the red, blue, and white French flag. Right? I love gospel, but I’ve been known to play that trap music on more than one occasion. It doesn’t make me less committed to gospel. It just doesn’t. So support the people of Paris and don’t be concerned that we’ll get confused about where your loyalties lie. We won’t. That Patti Pie stuff that you post about might confuse me. That boyfriend you had last week that I can’t find in one single picture this week because y’all broke up and you ain’t wanna tell nobody because we told you not to get with him in the first place might confuse me. That status you had about going to Popeye’s after you just checked in at the gym might confuse me. But I won’t be confused about you showing love and support for the lives lost in Paris when you didn’t know or didn’t care to show the same love and support for the black lives lost in Nigeria or Baltimore or everywhere else black lives are being lost.

Anyway, y’all get on off Facebook because I’m over here judging your stuff.

4 comments on “Patti Pies, PWI’s, and Those Who Terrorize”