Who still kidnaps people? Like, who though? Ariel Castro!! Certainly you’ve at least heard about this story, so I won’t even put a link up. I’ll share with you the details I’ve read: Castro allegedly kidnapped three women and raped each of them. He had a child with one. He caused another to have several miscarriages by starving her and punching her in the stomach. He imprisoned the women in his basement with chains in the walls and ropes hung from the ceiling. He held them in his house for almost 10 years. Girrrrrlllllll!! Yes, this happened in real life!

I’m usually much more compassionate for an accused person. In law school, I could always find a way to argue for the defense no matter what the accused did. For instance, I allow my brain to think that Dzhokhar and Tamerlan Tsarneav were misguided and marginalized kids who had a bad streak of fortune and ordinarily wouldn’t have set off a bomb in the middle of the dang day at a marathon where hundreds of people gathered. Similarly, I honestly believe that James Eagan Holmes had/has a mental condition that drove him to set it off at a movie theatre during a showing of a Batman movie. I can feel some sort of sympathy for these guys and, although I think they need to be separated from society and put in a facility, I don’t feel the need to express much more condemnation than that.

Castro, on the other hand, is not an ok person with me. I don’t get it. Granted, I don’t know him (or any of these people) and not all of the details are out yet, but I just can’t understand it. I’m not getting the vibe that he’s mentally ill. Perhaps he was teased as a child or didn’t get enough hugs from his mother or never found his place in this world, but the rest of us are out here figuring this ish out without kidnapping and torturing people so . . . WTH is wrong with you, Castro? He has recently entered a not guilty plea, and his lawyers have said that the media has painted him a bad light. The media? I know what the media is capable of, but did they make all this stuff up out of no where? My guess is that they aren’t allowed to do that sort of thing. Lord knows I’m trying to keep an open mind about this guy and this situation, but what in the heck is he going to say to defend himself? How could he not be guilty? How could he even not be a horrible person? There are four very good witnesses saying otherwise. Again, I don’t get it.

Ohhhhhh, I forgot to add that he forced the abortions with the one woman because she was too short, and I guess he didn’t want to have short children. Huh? You have the nerve to rape and impregnate a woman and then be concerned about your child’s height? Are you cray?!!! But again, I don’t think he’s cray – officially.

It really does make you wonder what the heck is happening in the world. Not that killing or torture is anything new under the sun, but geez louise! I just want ya’ll to know that if I ever see Ariel Castro, I will give him a look so mean he’ll know not to ever try to tie me up. I will NOT, however, get too close to him because I’m not bout that life. Imagine me glaring right now. Grrrrrr! 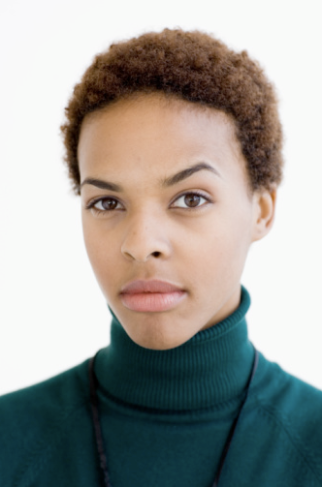 My glare is kinda like this except much more intense. Again, grrrrrr!

2 comments on “Kidnappers, Bombers, and Other Cray People”