I read this article the other day called “Why Americans Believe Republicans are Unwilling to Compromise”. Ok, ok, I didn’t read the whole thing, but I read the first few paragraphs (yes, I’m one of those catch-me-in-the-first-few-sentences-or-lose-me and I-want-my-hamburger-right-now-with-no-pickles-please type of people). Anyway, I read this article along with another one about Michele Bachmann, both of which made me think back on the last presidential election and voila! New post.

You can read the first article here.

So yeah, like I was saying, old white dudes aren’t cool anymore. Hispanics are in. Young people make the cut. LGBTs are the new new. Black people are awesome. Women are hot. (Duh)

Our country is so diverse. It has actually been diverse since its “founding” because it’s a land of immigrants, but we won’t get into that. Our forefathers took up the business of establishing a set of ideals that would direct the trajectory of the country’s growth according to its priorities. That was cool of them actually. But, the act of creating policy/laws based on a certain set of ideals often alienates whole groups of people or disregard their concerns. The say-so of the majority inherently excludes the concerns of the minority. That’s democracy.

Oh, but buddy boy (or girl), if you’re going to lead this great country, represent one of our states, mayor a city, or even sit on a local board of education, you better be a foot soldier for justice (shout out to MLK)! You better be prepared for all the different kinds of people and all their different kinds of needs. You better not forget them because guess what? They register to vote, homie! Old white dudes (and I really just mean old values that are exclusive of the new cool people in our country) may not be in anymore, but voting has remained the ish, my friend. Yes, I wield my voter registration card like it’s Jay-Z’s black card. Bam! Wham! Pow!

Oh, I can’t buy clothes with my voter registration card? My bad. Yeah, just put all that back and stop looking at me like that. Thanks. 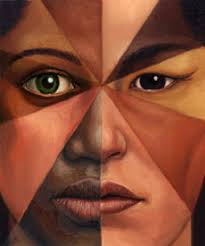 There are light brown people with straight hair; dark brown people with kinky hair; boys who want to marry other boys; girls who want to have babies with other girls with sperm from other boys; young people from the south; even younger people from the Midwest who like to smoke weed; people who make gun ownership mandatory (like, in real life. Check it out); people who’d rather see guns abolished like I’d like to see lace front wigs go away forever; women who don’t want to have babies until they’re ready; grandparents who want to retire comfortably; 35-year-old grandparents who can’t ever retire because their kids had kids; stay-at-home dads; little black girls who aren’t disciplined and yet aspire to be great. Guess who that last one was? M-e.

Conservatism is cool. Liberalism is cool too. Exclusivism, though? Not cool. So yeah, get with the program, policy makers!