Huh? Bow down? You been on? Beyonce, you want me to blog about you don’t you? I have all types of things to say about this, honey. Here goes . . .

The song seems to be stirring up a lot of controversy – mostly because of the harsh language, I guess. You can listen to it and see the lyrics here.

Now, I have never been a big Beyonce fan and . . . I’m still not. I like her as much as the next person – no more, no less. I actually feel like Ms. Bey gives us a bit to consider. She is hot right now, and she has been hot for over a decade. How has she done that? How does she continue to stay relevant? I’m not sure, but every one of her haters (I’m talking to you, hater) has to give it to the girl. She’s beautiful and talented. Lots of beautiful, talented chicks in the world, but this one has face and name recognition all over the world. No, not like your face and name, which are barely recognizable at your church because you haven’t been in so long. Beyonce is recognized all over the world. The world, fool!

Beyonce must have been feeling like it was time to go off because she’s the queen and all of you (because that chick wasn’t talking to me) need to bow down. Her first verse basically reminds you ladies that you wanted to be her when you were growing up and that she’s more than just Jay-Z’s wife. 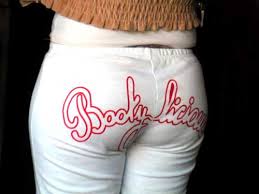 Wait, can I take a minute to hate on her and just say that this lady knows she can make a whole song that says nothing. You know people who chat you up for a long time and then they leave and you wonder what ya’ll just got done talking about? That’s Beyonce. Produces a whole song that says very little. I don’t think you’re ready for this jelly!!!!

Ok, where was I? …. Oh yes, she reminds all of you people that she’s the bomb and has been the bomb and will continue to be the bomb and you wish you were her. I’m actually not hating right now. (Can you tell?) Perhaps I would sing a song like this if I somehow got a lot of notoriety and experienced some of the negative attention she has received. Well, I can’t sing so perhaps I would write a short story called “Gravel, Peasants”. It would be about how good I am at what I do, and there would be these people who gravel at my feet. I would call them peasants and laugh at anyone who tried to imitate me. Lol. Girl, that is funny. I might start working on this tonight. Or should I wait until I get some notoriety? Na, I’ll go ahead and start it tonight, so I can just have it ready when the time comes.

Ok, I digress. But I’m just saying that the girl probably works really hard to maintain her celebrity and then gets tired of being talked about negatively. I get it. You don’t stand out in a world as big as the one we live in without putting in some serious work. This chick probably lives in the gym. She probably still goes to voice lessons or at least does that do re mi fa so la ti do thing. (Do, a deer a female deer; Re a drop of golden sun; mi, a name I call myself; fa, a long long way to run . . . ya’ll remember The Sound of Music). You don’t stay on top by resting on your laurels. You don’t resonate with a girl when she’s twelve and still resonate with her at thirty by doing something wrong. Bey is doing a lot right. Boo boo can’t shake the haters though. But that’s the thing. If you’re doing what you’ve been called to do, you’ll be great. When you’re great, people will critique the heck out of you – not just the things you’ve produced but you as a person. They will push your buttons and smack you all up side your head (metaphorically).

I’m just not sure if you then go and write a song telling b****es to bow down. I don’t know. Maybe you do. Certainly you’ll have to find a way to deal with your hurt, frustration, or irritation and maybe the best way is to express it through song (or a book about peasants). Either way, I think it’s best to keep in mind the reasons you do what you do. It’s my personal belief that humility keeps us close to God or at least close to reality. Ain’t nobody bowing down to Beyonce. Girl, bye. But I feel her though.

0 comments on “Bow Down”