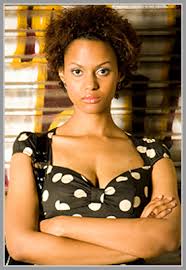 Did you know that I am typically a happy person? That’s not what ole’ society thinks though. Black women often get labeled as “angry”. Even our beloved Michelle Obama has been accused of being an angry black woman. (I haven’t read that new book – and probably won’t – but check out the author: “The Obamas” by Jodi Kantor http://jodikantor.net/. She has gotten a little slack for making Ms. O appear to be hard to work with.)

Sometimes I’m having a conversation with someone, (usually someone of a different race) and they tell me to calm down. They say I’ve gotten too mad. They tell me to chill out. Huh? I wasn’t hot; no need to chill.

When I was in law school, I participated on my school’s moot court team. We had fake clients and a fake case that we had to argue in front of a panel of judges. The judges would interrupt us, ask us questions, beat holes into our arguments, make us look like idiots, stress us the heck out, etc. Anyhoo, at several practices I got feedback like: “You’re being respectful to the court, but it seems like you want to get into a heated argument,” or “I know you didn’t say anything out of line, but you seem to be too argumentative.”

What they really wanted to say was, “chill out, little angry black girl.” It’s just so funny because I never realized I came across that way. I was never angry at those practices. If anything, I was wondering if they could tell that I hadn’t prepared for this. If anything, I was ready to get up outta there. If anything, I was trying to figure out how to make an inconspicuous escape. I’m thinking in my head, “You think I’m angry? I don’t even care about this today. I need to go to the bank, get my clothes out of the cleaners, and get some groceries. I don’t have time to be upset about this fake case.”

This is just the way I talk when I’m trying to make a point. This is how my mother talks to my father when she’s trying to get something across to him; how my aunts chit chat about growing up in that small house; how my girlfriends discuss where men have gone wrong these days; and how I speak! Maybe I do have a little bass in my voice. Maybe I roll my neck and don’t even realize it. Maybe I cock one of my eyebrows and give you the stupid face when . . . when you say something stupid! 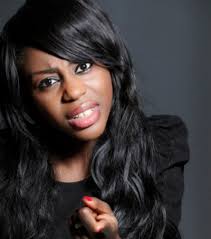 I don’t mean any harm. I probably like you. I’m probably thinking, “I’m having fun. We should do this again when I’m not so busy.” It’s apart of my culture, I guess. I grew up mimicking what I saw and making it my norm. Isn’t that what everybody does? I’m feisty, baby! Get wit it.

I think successful (or even not so successful) women of every race get called angry or worse, the big “B” word. In that vein, black women share the same struggles as every other woman trying to climb the success ladder. I think we might be a little different, though, because we come across as angry in lots of different settings – even outside of the work place. Sometimes it’s a bit much, I must agree. But mostly, we’re just feisty! It’s ok. If you get to know us, you’ll grow to love it.